To share your memory on the wall of Malcolm Gambill, sign in using one of the following options:

A good student, Malcolm earned a scholarship to attend Yale University. Given the small size of Malcolm’s high school, he was asked to confirm his academic abilities by completing a post-graduate year at Phillips Academy Andover in Massachusetts. He continued on to Yale, playing on the Bulldogs’ football team and graduating with a Bachelor of Engineering in 1953.

After university, he did two years active duty in the USMCR, having completed basic and platoon leader training in the summers prior. He used his engineering knowledge to help construct roads and other projects at the Marine Corps bases in 29 Palms and in Barstow, California. The location afforded periodic trips to Los Angeles and Las Vegas with fellow Marines; sleeping in the car off the Vegas Strip was apparently one money-conserving strategy.

After his discharge, he joined Heckett Engineering, an industrial company providing specialized services to steel mills, based in Butler, Pennsylvania. He spent the entirety of his thirty-five year career with Heckett and its parent company, Harsco Corporation of Camp Hill, PA. He rose through the ranks, from a trainee, operating cranes and other heavy machinery, to the corporate Chairman and CEO.

Very early in his career, while working in Wales, he met his future wife, Helen Jones, who was finishing her medical doctor training. She had a boyfriend at the time, but Malcolm was undeterred. Helen’s local beau owned an MG convertible; so did Malcolm. But unlike his rival, Malcolm let Helen drive his car. That made all the difference.

They were married and began raising a family as Malcolm’s work assignments took them all from Wales, to Brazil, Venezuela, Argentina, Wales, Mexico and finally, Pennsylvania. The family lived in Butler, PA from 1971 until 1984, when Malcolm joined the Harsco corporate headquarters in Central Pennsylvania. He became CEO in 1987 and the Chairman of the Board in 1991, a role he held until he retired in 1994. Under his tenure, he oversaw the transformation of Harsco and its many divisions, propelling it into the Fortune 200.

His work literally took him across the globe - to steel mills, shop floors, factories, foundries, assembly lines, to boardrooms, military installations, and on several occasions, the White House. He recalled meeting President Clinton and each enjoyed learning that the other was also born at home, in a rural house with no indoor plumbing. “It’s more fun looking back on it than it was actually experiencing it,” said Clinton, to which Malcolm heartily agreed.

Malcolm’s greatest joy and accomplishment was his marriage to Helen. To have remained married after all his international business travel, especially early in his career, was no small feat. His successes were aided by Helen. She was his regular sounding board, counsel and confidant. His love and adoration for her never waned. His last words were to her; as he laid down on his last night he asked, “How are you?” Till the very end, his concern was focused on her.

He adored Helen’s native country of Wales and its people. Malcolm and Helen spent many summers enjoying the long light-filled days with family and friends in the small market town of Cowbridge. He liked to joke that he had rescued her from a Welsh coal mine where she was guiding the pit ponies pulling coal carts.

Malcolm’s humor, warmth and generosity will be well-remembered by many on both sides of the Atlantic and beyond. He was a loving, generous father and was delighted to see all his grandchildren flourishing. We will all miss him indeed, but are beyond grateful for his life, lessons and love.

We hope that you will take a few minutes to share your favorite recollections of Malcolm and upload a photo or two. Go to the "Memory Wall" and "Photos & Videos" tabs above to do so. Thank you, in advance.

Malcolm is survived by his wife, Helen; his children, Jonathan, Sally and Zander; their spouses; six grandchildren; a brother, Jerry; and numerous nieces and nephews.

In lieu of flowers, contributions can be offered to The Central Pennsylvania Food Bank.

No public memorial services are yet planned.
Read Less

To send flowers to the family or plant a tree in memory of Malcolm Woodburn Gambill, please visit our Heartfelt Sympathies Store.

There are no events scheduled. You can still show your support by sending flowers directly to the family, or planting a memorial tree in memory of Malcolm Woodburn Gambill.
Visit the Heartfelt Sympathies Store

Donations are being accepted for: CENTRAL PENNSYLVANIA FOOD BANK.

We encourage you to share your most beloved memories of Malcolm here, so that the family and other loved ones can always see it. You can upload cherished photographs, or share your favorite stories, and can even comment on those shared by others.

Guaranteed hand delivery by a local florist
A

Posted May 15, 2021 at 01:31pm
My Dearest Aunty Helen and Cousins. With love from us all in Nairobi and trees planted for our much loved and missed Uncle Malcolm. Angus & Co. xxxxxx

5 trees were planted in the memory of Malcolm Gambill

Flowers were purchased for the family of Malcolm Gambill. Send Flowers

Posted Apr 29, 2021 at 07:52am
So sorry to hear of Malcolm’s passing. Thoughts & prayers are with y’all. Will send hard copies of pics soon! Cousin Debbie

Posted Apr 27, 2021 at 10:39am
My deepest condolences to the entire Gambill family on this sad news of the passing of Mr Gambill. My father Deke deCoen had the pleasure of working along side of this true leader at Harsco.
Comment Share
Share via:
ML

Posted Apr 26, 2021 at 07:05pm
Dear Helen and family. I'm sorry to learn of Malcolm's passing. Your year's in Butler seem like such a long time ago as I write this note. Oh, the memories of the miles traveled and meetings, meetings and more meetings. Harsco hasn't been the same since the corporation lost his leadership. God's peace be with you as you mourn his loss. Respectfully, Marlen Lang
Comment Share
Share via: 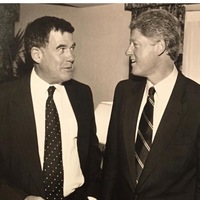 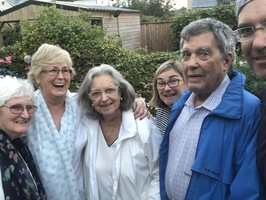 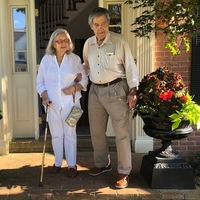