To share your memory on the wall of Major General (Ret) Walter Reed Ernst, sign in using one of the following options:

To send flowers to the family or plant a tree in memory of Major General (Ret) Walter Reed Ernst II, please visit our Heartfelt Sympathies Store.

The insignias listed here may be subject to copyright and/or trademarked. Those copyrights and trademarks are owned by the respective organizations.

Donations are being accepted for: Homeland Hospice.

We encourage you to share your most beloved memories of Major General (Ret) Walter Reed here, so that the family and other loved ones can always see it. You can upload cherished photographs, or share your favorite stories, and can even comment on those shared by others.

Terry Keller, Greg and Joanne Rose, and other have sent flowers to the family of Major General (Ret) Walter Reed Ernst II.
Show you care by sending flowers

Posted Dec 01, 2020 at 08:07am
My condolences, and prayers are with the family during this time. I knew the General through playing golf in Hampden Township , and had the pleasure of many conversations with him over a beer at the 19th Hole, Caddy Shack. The General was a family man, and loved being around his family and friends, He will be remembered by many as a man of honor. I had nothing but respect for him and always enjoyed his company.
Comment Share
Share via:
SG

Please accept my deepest condolences upon the passing of husband and father, Reed. I met Reed when I refereed football games with his father, Reed Sr. We frequently played golf together in tournaments or in a casual match. He was not only a good golfer, but a better man. The thing I remember best, was his love of family. He was extremely proud of his three children. We often talked about all three of you and school. All my love and caring.

Posted Nov 30, 2020 at 04:15pm
Reed was a Dental patient of ours. He would come in and always have interesting stories to tell. From his service to his vacations with the family. You could tell he loved both with his whole being. Such a happy man, and I am blessed to have had him touch my life. RIP Reed,.fly high my friend.
Comment Share
Share via: 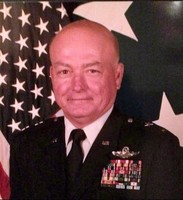