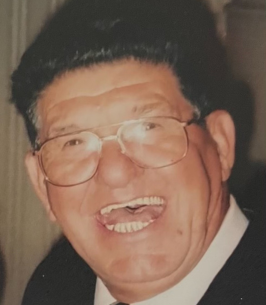 Robert graduated from Lincoln High School with the class of 1953. Three years after graduation, he joined the United States Army and returned home in 1958. In September of 1958, Robert met Dot and were engaged and married in 1959. They would go on to raise two children, Robert and Denise. In July of 1969, he came to the Harrisburg area to start his own business, Mack Steam Cleaners and Supplies, Inc. Robert was a pioneer when it came to the steam cleaning and pressure washing industry in the area.

In his free time, Robert loved his street rods, or “hot rods” as some know them. In the ‘70’s, he coached kid’s baseball and was a Scout Master for two years at St. Timothy Church on the Carlisle Pike for Pack 196.

Early in 1996, Robert sold his business to enjoy retirement and enjoyed golfing in his newfound time.

He was preceded in death by his loving wife Dorothy, and a brother Richard D. Mukalian Sr. of Philadelphia, PA.

In lieu of flowers, memorial contributions may be made to a charity of your choice in honor of Robert D. Mukalian.