To share your memory on the wall of Paul Robert Kramer, sign in using one of the following options:

To send flowers to the family or plant a tree in memory of Paul Robert Kramer Jr., please visit our Heartfelt Sympathies Store.

Donations are being accepted for: Vickieâs Angel Foundation.

We encourage you to share your most beloved memories of Paul Robert here, so that the family and other loved ones can always see it. You can upload cherished photographs, or share your favorite stories, and can even comment on those shared by others.

Posted Dec 20, 2020 at 11:25am
Getting the job at Country Meadows was the best thing that ever happened to me, I met Bob. I would spend break times outside in the rocking chairs, or my lunch hour upstairs, or after I clocked out I wouldn’t always head straight home, I would go upstairs and hang out with him. I always heard the same stories, about his time during the war, how he met the love of his life Mary, or about what he did when he came home and started a family. I felt like I was apart of his family because he “adopted” me as his granddaughter, and his amazing daughters made me feel like I was apart of the family as well. Once I left Country Meadows I would call and keep in touch or I would continue to visit, then COVID hit and continuing to go see him was no longer an option. Bob changed my life, I honestly felt like I was with my grandfather all over again and I loved Bob for bringing that feeling back. He will always hold a special place in my heart and I’ll always remember the memories he shared with me. I miss you so much Bob but I’ll always love you and your family!
Comment Share
Share via:

Posted Nov 23, 2020 at 09:39pm
Hello Family, This is a hard loss, Pap being the corner stone of so may lives. His knowledge of life and love extend to his children and grandchildren. He is now with Gunk and watching down being your guardian angel. Love you all, sending prayers.
The Tully Family. Tony, Angie, Nate and Gabbie
Comment Share
Share via: 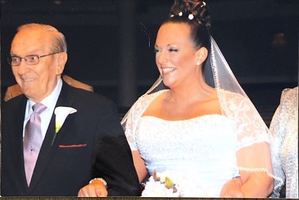 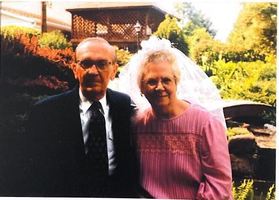