To share your memory on the wall of Kristen Koch, sign in using one of the following options:

Print
Kristen E. Koch of Mechanicsburg, passed away on Tuesday, February 9, 2021. She was 49 years old.

Born on September 15, 1971 in Harrisburg, PA, she was the daughter of Edward and Linda (Vales) Leitzel, of Harrisburg, Pennsylvania.
... Read More
Kristen E. Koch of Mechanicsburg, passed away on Tuesday, February 9, 2021. She was 49 years old.

Born on September 15, 1971 in Harrisburg, PA, she was the daughter of Edward and Linda (Vales) Leitzel, of Harrisburg, Pennsylvania.

Kristen was a 1989 graduate of Bishop McDevitt High School in Harrisburg. She received her BA in Elementary Education from St. Joseph’s University in 1993 and went on to complete her Masters’ degree at Penn State University. She was a retired elementary school teacher with the Haverford School District. Kristen was a member of St. Katharine Drexel Church in Mechanicsburg. Kristen was a bright shining light in the lives of all who knew her and her smile could brighten up the darkest room. She loved everyone around her with her huge heart especially her two beautiful sons whom she adored, her husband and her two French bulldogs Icahn and Pizazz. She was fiercely loyal to her friends and family, often the first one to lend a hand to anyone in need. Kristen was beautiful, smart, funny and kind and brought out the best in everyone she encountered. She will be missed dearly by all who knew and loved her.

Funeral services will be private and the interment will be held at the convenience of the family in Rolling Green Cemetery, Camp Hill. A public mass of Christian burial is being planned for a later date when the pandemic restrictions have lifted. Myers-Baker Funeral & Cremation Services, Camp Hill, has been entrusted with funeral arrangements.

In lieu of flowers, Kristen’s family kindly requests memorial contributions be made to Michael and Christopher’s Educational Fund. Donations may be made through this link https://gofund.me/30ff1b1c

To send flowers to the family or plant a tree in memory of Kristen E. Koch, please visit our Heartfelt Sympathies Store.

Print
Funeral services will be private and the interment will be held at the convenience of the family in Rolling Green Cemetery, Camp Hill. A public mass of Christian burial is being planned for a later date when the pandemic restrictions have lifted.

Donations are being accepted for: Michael and Christopher's Educational Fund.

We encourage you to share your most beloved memories of Kristen here, so that the family and other loved ones can always see it. You can upload cherished photographs, or share your favorite stories, and can even comment on those shared by others.

Posted Feb 18, 2021 at 09:53pm
Dear Linda and Ed , I am so shocked and saddened to hear of Kristi's death. I always remember her as a beautiful and happy young girl. She is at peace in the arms of God now.
You and your family are in my thoughts and prayers at this most difficult time.
Marie Thompson ( Megan's mother)
Comment Share
Share via:
KK

Posted Feb 16, 2021 at 09:02pm
My sincere sympathy to the family and friends of Kristen. Leslie and I were at their wedding. The world was a lot better with her in it. Ken Kline
Comment Share
Share via:
S

Posted Feb 16, 2021 at 01:17pm
i am so sorry for your loss. Mrs. Koch was a household name when my boys were little. she was sooooo good to them and they adored her. my oldest had behavioral issues in kindergarten, and she took care of that! showed him nothing but love as she taught him how to behave. she was so loving to my youngest who had serious separation anxiety. she was an amazing teacher and a wonderful person. i am so saddened by her loss. i know she will forever be missed. pls know your family is in my thoughts and prayers. and know that my boys and i will never forget Mrs. Koch❤️ Sandy McGuire
Comment Share
Share via:
A 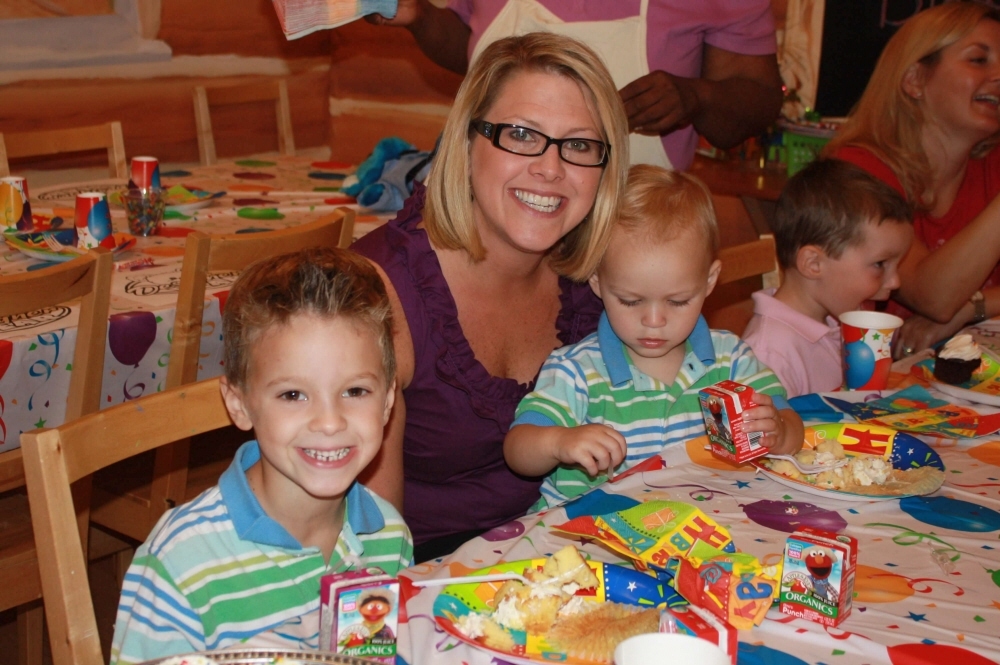 Posted Feb 15, 2021 at 08:00pm
Hi Kristi, I read all of these stories before I wrote mine. So many people have such a gift for making me see you again in their words. I love all of these memories.

Here are some of mine. It starts on September 15 1971. Our big joke is that we are life twins because we had the same birthday. It was funny to us, that without meaning to, we always ended up crossing paths and matching our choices.

Same Susquehanna neighborhood, freezing mornings at Wedgewood Hills swim club in those ugly brown bathing suits, in the pool at 8AM turning blue from the cold water getting our beginner swim badges. Off to St. Mags and laughing about our bus driver the famous That's Incredible Larry Arnold who looked like Jesus and would go off after BigFoot on summer break.

After graduation we went our separate ways except we didn't, same experiences again, St Joe's to PSU for instructional design masters. Then married at the same time and what do you know when we had our September catchup on our birthday to say "hey happy birthday hon, what's new?" we both have a new baby boy and a few years later one more.

"Happy Birthday hon, don't you love having a little boy? I wouldn't trade for a girl, boys are the best." Easy smiles, laughing til my stomach hurts and now I've got a smile that lasts all day because I had a dose of Vitamin K. It is always fun to feel that matching trip around the sun with my friend for life Kristi.

When my oldest started school, I was worried about learning disabilities. I'm on the phone, it's not our birthday but there you are making time. Encouraging. Kind. Taking it seriously and saying, you got this, you are a great mom he has what he needs and he will be just fine. I trusted you because you were a teacher and would know these things.

I believe that you have an awesome perspective now. I believe you see that folks here are missing you so much. Do you see that you were perfect just the way you are? I am going to miss those touchpoints. I am keeping you along for the ride, going to practice random acts of kindess because it was always your way. Godspeed, angel girl. 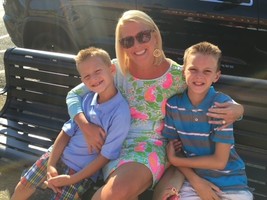 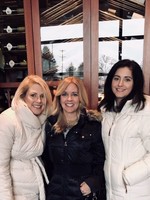 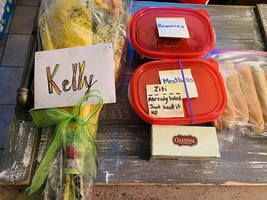