To share your memory on the wall of Edwin \"Ted\" Gregory, sign in using one of the following options:

He attended The Hill School in Pottstown, PA where he played football and was on the swimming and track teams. In 1955 he was named All-American for swimming. After graduation in 1955 he attended Colgate University where he was a member of Sigma Nu fraternity, several honorary organizations, and on the swim team for four years, serving as captain his senior year.

Upon graduation from Colgate, Ted was commissioned a 2nd Lieutenant in the U.S. Air Force and spent three years on active duty as a training officer at Loring AFB in Limestone, ME. In 1962 he went to work in the family insurance business where he spent more than 50 years.

He enjoyed sailing with his family up and down the east coast from Maine to the Virgin Islands and St. Barts. A powerboat was next with cruising in the Chesapeake, Martha's Vineyard, Nantucket and Florida. A friend got him interested in Open Water Swimming, and he did swims in Malta, the Virgin Islands, Thailand, and Switzerland. In 2011 he completed an English Channel relay with five friends. Recently he taught adults how to swim at the YMCA. Beginning at the age of 73 he and a college friend Bill Wyman began motorcycling. They took several trips: the Lewis and Clark Trail, the spine of the Rockies, Canada, and a 2-week ride in Alaska. His last trip was in October to the Skyline Drive in Virginia with his son Jake, Bill Wyman and nephew Stuart Geisel.

Ted was a past member of the board of the Harrisburg Boys and Girls Club, which was founded by his father, the West Shore YMCA and the Harrisburg Area YMCA. Ted belonged to the Pine Street Presbyterian Church, West Shore Country Club, the Ocean Reef Club in Florida, and the Reciprocity Club with golfing buddies.

Ted never let age stand in his way and lived life to its fullest, always planning his next adventure. He was a man of action with an optimistic view of life. He was heartily friendly to everyone and well liked. He was a loyal friend for life and kept in touch with his friends from childhood onward, talking with them and seeing them frequently. He would recount lively stories about them and their various escapades as if they had happened yesterday. Having spent his entire life in Harrisburg, he was a great raconteur of everything in the area. He had a kindness and generosity of spirit, always ready to help a friend in need.

A private burial at the Harrisburg Cemetery will be held sometime this spring, as well as a memorial gathering with an exact date to be determined.

Memorial donations may be made to the Harrisburg Area YMCA at 123 Forster Street, Harrisburg, PA 17102.

To send flowers to the family or plant a tree in memory of Edwin "Ted" Gregory, please visit our Heartfelt Sympathies Store.

Print
A private burial at the Harrisburg Cemetery will be held sometime this spring, as well as a memorial gathering with an exact date to be determined.

Donations are being accepted for: Harrisburg Area YMCA .

We encourage you to share your most beloved memories of Edwin "Ted" here, so that the family and other loved ones can always see it. You can upload cherished photographs, or share your favorite stories, and can even comment on those shared by others.

Posted Feb 18, 2021 at 12:08pm
I never knew Ted outside the West Shore Y but we shared several likes like Swimming and Motorcycling. I would swim with him almost daily and hear of his latest adventure.
I last saw him at the Y in Dec. 2020 and did not hear of his passing until today.
He will be missed.
Comment Share
Share via:

Posted Dec 27, 2020 at 01:56pm
Ted,you truly lived life to the fullest.I will forever be grateful for our friendship and the memories I have.Fly high my friend,go rest high on that mountain!❤
Comment Share
Share via: 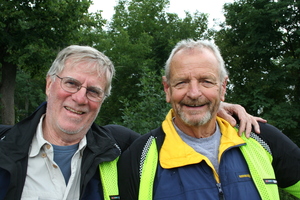 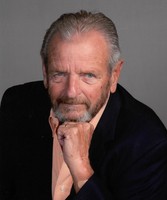 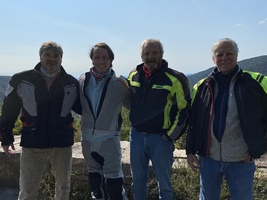 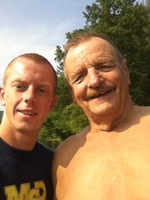